Skip to Content
Home Most Popular Inma Dominguez Gomez
by 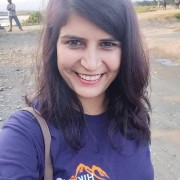 We are glad that Inma Dominguez Gomez  from Spain has sent us the details regarding her experience of visiting Nepal after the Earthquake.

Thank you so much Inma. She has wrote us in both English and Spanish. Please read her experience and share the world that “Nepal is Safe to Visit”..

“When I decided to travel to Nepal, it was January 2015. I looked for flights, I read about the country and I contacted Nepal Social Trek and made arrangements for my trip in August. I was waiting for August impatiently.

On April the 25th, I received a message from my sister: “There has been a terrible earthquake in Nepal!!”. I replied: I have to talk to Fernando. Fernando was the person whom I usually contacted in the agency. The next day he answered my e-mail, and he said that they all were ok and, that he would inform me. I watched the news, read the papers, but never thought about not going though family and friends tried to convince me otherwise. They said I was crazy, I should not go to Nepal, but I was determined; I did not know if I’d go trekking or help in whatever it takes, but I would go.
On August 2 at 21.30 I landed in Kathmandu. It was night, and I was received by Ram and Basu, from Nepal Social Treks and Expedition with two great smiles and a warm welcome. Morning brought a normal country living without remembering the quake. Only some houses and monuments underpinned reconstruction showed that something had happened, but in the country, people lived, simply.

From there, I can only tell the beauty of the landscape during the days of trekking. From Pokhara, where we started, Ulleri, Ghorepani, rising to Poon Hill, Tadapani, Landruk, Dhampus, Phedi, and the wonderful image of Annapurna, which did not appear until the fourth day, due to the monsoon that accompanied us these days. All this time I had the invaluable help and company of my guide, Kb, and my carrier, Radu, who were my friends, two “mothers” (those apples that Radu gave me after every dinner … so nice!!). I laughed with them, shared secrets, learned from them, they became my friends.

In Chitwan, Bhuwan Pokhrel accompanied me, and my guide showed me the beauty of the jungles, telling me about the people, animals, nature … and with that quiet, calm nature of the people of Nepal was really impressive.
I also went for rafting for the first time in my life, with all the security in the world, it is one of the most fun experiences I ever made.
Then, I visited a school in Dhading, I can never forget those kids smile while greeting: Namaste !!!  An unforgettable trip.

Let me make something clear to anyone who can read this: Nepal is a safe country, despite the terrible earthquake, I traveled alone and I was always accompanied, but not invaded. Nepal is not a rich country, but you will not find anyone who comes to ask for alms. If we want to help them grow, let’s visit the country, mountain and tourism is their main source of wealth. But not to visit Nepal with Western mentality and making comparisons. They are not European, they are not better or worse, they have many things we can learn. If you go, visit Nepal without prejudice and with an open mind to new experiences. And above all, live with their people, the kind nature of the people and the natural beauty are the greatest wealth of this country.
Namaste !!!! “

We would like to thank her for this incredible effort.